With the primary goal of preventing stroke, carotid endarterectomy is a surgical procedure that involves opening or cleaning the carotid artery. Often recommended by vascular surgeons, this procedure is typically suggested when patients have a moderate blockage or stenosis of the carotid artery (50-79%) and are experiencing symptoms associated with a stroke or TIA (transient ischemic attack, or mini stroke). Even so, for patients with an arterial blockage of 80%, a carotid endarterectomy may be recommended even if symptoms are not present.

While carotid endarterectomy is an effective surgical procedure for appropriate cases, it is important to understand that blockages can develop again. Thus, other treatment options including medical therapy (anticoagulants, antiplatelets and statins) may be prescribed to treat carotid artery disease. In turn, preventative measures and lifestyle changes may be suggested to minimize the risk of developing or worsening carotid artery disease. Some examples include:

When it comes to arterial and vascular disease, a combined approach is often best. As a prominent New York City general and vascular surgeon, Dr. Alan Benvenisty maintains an interest in non-surgical and non-invasive treatment of carotid artery disease and strives to avoid surgery whenever possible. Dr. Benvenisty’s commitment to treating patients as individuals is one reason for his continued success as an esteemed vascular specialist. To schedule a private consultation with Dr. Benvenisty, patients are encouraged to contact his office on Amsterdam Avenue today.

As a conventional procedure to remove plaque (fatty deposits) from narrowed carotid arteries (carotid stenosis), a carotid endarterectomy procedure can stop the occurrence of mini strokes and other stroke-related symptoms as well as prevent a major stroke.

When blockages are detected (with or without symptoms), carotid endarterectomy is sometimes recommended. The procedure involves a cervical incision to expose the blocked carotid artery. The artery is cut open and the wax-like substance, or plaque, is removed. In some cases, a temporary tube may be inserted to restore the flow of blood while fatty deposits are removed and the artery is cleaned.

Carotid artery stenting (also called carotid angioplasty), an alternative to carotid endarterectomy, is sometimes suggested for patients with narrowing (stenosis) of the carotid artery greater than 60-70%. In turn, it is a valid option for those with a low risk of serious complications from stenting. Carotid stenting involves inserting a catheter into the large artery near the groin (femoral artery). The catheter is guided through other arteries until it reaches the carotid artery. Once the narrowed portion of the artery is detected, a balloon is placed inside the stent and expanded to open the artery. The stent remains in place while the balloon is deflated and removed. With time, the lining of the blood vessel will adhere to the stent, providing stability. Stenting is a suitable option for preventing the break-off of small bits of plaque within the carotid artery that may cause stroke. In addition, there is no need for general anesthesia, no incision and no risk for cranial nerve damage.

It’s important to note that while carotid endarterectomy and carotid stenting may be used as preventative measures to lower the risk of stroke, medication and changes to one’s lifestyle may work just as well to avoid build-up of plaque and carotid stenosis, or blockage.

Dr. Alan I. Benvenisty is a highly respected general and vascular surgeon in New York City with a particular expertise in vascular diagnosis as well as surgical and non-surgical treatments for carotid artery disease and other vascular-type conditions. While Dr. Benvenisty is fully equipped to perform surgery for even the most complex and technically challenging arterial blockages, he values non-surgical, minimally invasive means of treatment whenever possible. With a commitment to providing conservative and conscientious patient care, it’s easy to see why many seek Dr. Benvenisty’s expertise for their vascular conditions. To schedule an appointment with Dr. Benvenisty, contact our Amsterdam Avenue office in New York City today. 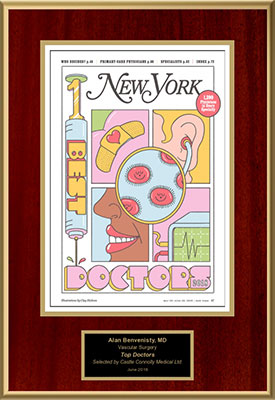 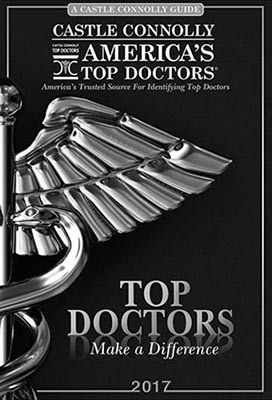 Dr. Benvenisty is very professional and thorough. Listens to his patients and truly cares. Fantastic doctor and lovely staff

Could not have asked for more. Genuinely passionate, skilled and cares about his patients.

A doctor who gives the best care to his patients and treats the disease with best care and great staff.

Dr. Benvenisty was excellent and helped us with my husband's extensive leg swelling related to diabetes. We had another specialist who didn't help us last year. We're planning to stay with Dr. Benvenisty now! He's detailed oriented, matter-of-fact and friendly. An excellent doctor I would strongly recommend.

Dr. Benvenisty is the most caring physician that I know. He is brilliant, highly ethical and trustworthy. His knowledge extends well beyond his specialty. He makes referrals to the best possible physicians. I know Dr. Benvenisty for 25 years and have complete confidence in him.

Dr. Benvenisty is very professional and thorough. Listens to his patients and truly cares. Fantastic doctor and lovely staff

Could not have asked for more. Genuinely passionate, skilled and cares about his patients.

A doctor who gives the best care to his patients and treats the disease with best care and great staff.

Dr. Benvenisty was excellent and helped us with my husband's extensive leg swelling related to diabetes. We had another specialist who didn't help us last year. We're planning to stay with Dr. Benvenisty now! He's detailed oriented, matter-of-fact and friendly. An excellent doctor I would strongly recommend.

Dr. Benvenisty is the most caring physician that I know. He is brilliant, highly ethical and trustworthy. His knowledge extends well beyond his specialty. He makes referrals to the best possible physicians. I know Dr. Benvenisty for 25 years and have complete confidence in him.

This is a fantastic doctor, working with fantastic staff. Everybody is incredibly kind, and the doctor is as good as they get. He is thorough and careful and conservative. There's no rush to cut or to make uninformed decisions. I had laser surgery on one leg, and everything went exactly as described and planned for. The whole team was competent and pleasant, very serious about following the best procedures, and I have had no postoperative problems and no scarring where the problematic vein used to be.

My kidneys were failing, I was facing dialysis. After a lot of research of transplant programs in NYC, I was referred to Dr. Benvenisty In May of 2005. I met with Dr. B. about being listed on the UNOS list for a deceased donor kidney. (the list waiting time in NYC averages 5+ years!) Dr. Benvenisty's and his staff navigated me through the process of being tested to go on the list. He also created my dialysis access (a fistula in my left arm). Not only is Dr. B a transplant surgeon, he is a talented vascular surgeon as well. In my lifetime of appointments with medical professionals, Dr. B stands very close to the front of the line.

From the beginning consultation to the very end of my endovenous laser ablation, Dr.Benvenisty and his staff were extremely compassionate and professional. I went in due to a pain on my left leg from a varicose vein. During the consultation, he explained to me what is causing the pain (by drawing a diagram of the problem vein), what to expect as well as treatment options. The facility had an in-house ultrasound that I was sent to immediately during the consultation, which was extremely convenient than having to go to a separate radiology facility. The most important factor that I look for in doctors is that they respect me as an individual/patient, educate me as necessary, and to respect my own opinions - not in regards to the profession of venous surgery (of course), but of my own body and health. Dr.Benvenisty possesses all the respectful characteristics that I could ever hope for in my health care provider. I cannot emphasize enough how compassionate Dr.Benvenisty and his staff were. Before the surgery, he went over what to expect, and communicated to me that he will explain each step as it happens, so that I am not left in the dark. This was my first surgery, and I was extremely panicked throughout the procedure despite him walking me through the steps. Details of my health background/conditions aside, Dr.Benvenisty as well as his staff were not only understanding and patient with my anxious sobbing, but went out of their way to try to help me calm down. After the surgery, a few hours later, Dr.Benvenisty even called me personally to check-in and see how I was doing. The surgery went very well, and I recovered very quickly with minimal bruising a/o scarring. I honestly could not have asked for more; a Doctor that genuinely enjoys his profession, skilled, and cares about his patients. I take matters of my health very seriously, and so does he. I have the same problem on my right leg, and I will no doubt be going back to Dr.Benvenisty to get it treated!